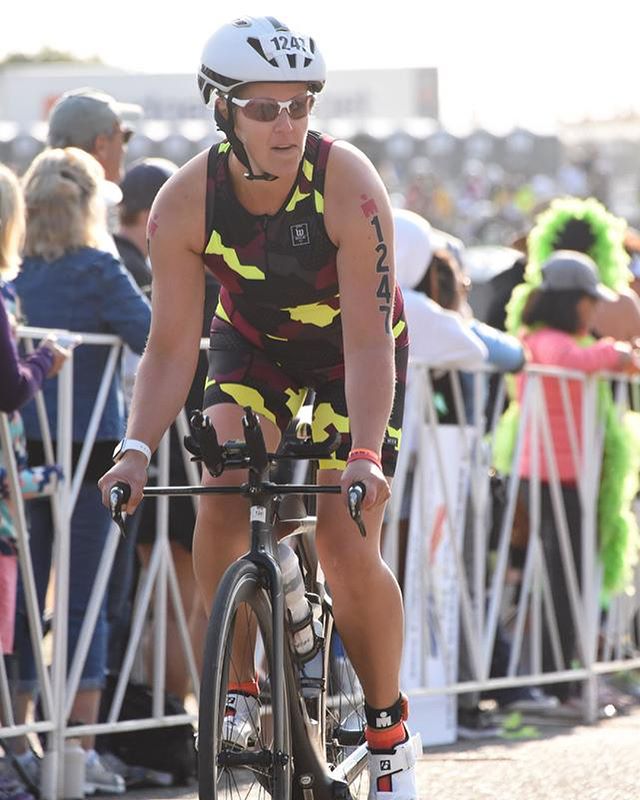 A few days have passed and I think I’m finally ready to do a little race recap, more for myself than for anyone else. So here it goes. Up first, the bike….since the swim was canceled. I was so disappointed about the swim being canceled because despite MANY sweet and thoughtful comments about how this race DID count (which I sooooo appreciate!), I feel like I came up short. I know it was completely out of my control but when I do something it’s not halfway, and I kind of feel that way about this race. I know I’m a good swimmer and I know I would have done well on the swim but I still didn’t get the chance to do that. I was pretty irritated about it at first, thinking #ironman was being dramatic. Then I went and looked at the lake…. or what would have been a lake if I would have been able to see even my hand in front of my face. The fog was so thick there was no way we would have even been able to see the buoys, let alone do any spotting while trying to swim. Not safe at all. At this point it was a mental game for me. I had to get over what I couldn’t control and make the best of the day. The swim being canceled meant the start of the race would be a time trial start, where the participants line up and are sent off 5 at a time. A new experience for me but it was easy to get going and immediately the course was downhill which allowed me to try and get my heart rate down and settle in. From there I felt really go for most of the 56 miles. My heart rate stayed higher than my coach had wanted but I kept asking myself if I needed to slow down and I never felt I was pushing myself too hard so I went with it. It was a really fun bike course. Lots of rolling hills, a few small steeper hills and some great downhills. I ended up finishing the bike course 12th in my age group (out of 121) so I felt good about that. I averaged a 19.4mph pace and had wanted to go for over 17 so I was ok with that too. I hydrated well and focused on my nutrition and felt pumped by the end of the bike.